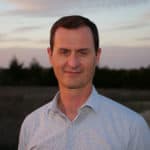 Seriously?!? The average price for a house in Pagosa Springs broke a million dollars. A MILLION DOLLARS! Remember back in September when I said it would happen by 2027?

But actually maybe not. Because when it comes to data any one sale can skew the whole set. And that’s exactly what happened this time around with 1000 Piney Place.

Which sold for a mere 6.75M. Take that sale out of the equation and the average is now 861 thousand.

Which is still an increase of 33% from a year ago.

And if you think about it…it’s pretty amazing considering all the threats to this market we are experiencing right now…freaking Putin, Gas Prices, Inflation and Interest Rates. But it doesn’t seem to matter. Because the fundamentals of this market are still rock solid. And what it boils down to is this…people want to live and vacation here in Colorado. So let’s be reminded of why that is.

Alright…that kind of footage always soothes my soul. Which…by the way - have you seen my favorites shots from 2021? Be sure to check that out.

Today, I’m drinking a Teton Range Juicy IPA. And welcome to our First Quarter Market Report of 2022. This is where we update you on what’s happening with the real estate market here in Pagosa Springs.

For those of you looking to buy or sell, pay close attention because a lot of the info I’m about to give out matters. But I also understand there’s quite a few of you that just want a quick highlight of what’s going on. And if that’s you, feel free to skip ahead to here…

So I was very curious how March would turn out - which is usually the time of year sellers start to put their homes on the market. Because if this trend continues, it justifies another year of 35…45…or maybe even 50% plus price gains like what Durango is seeing right now. More on that in a second.

For so much of the past two years, we’ve seen New Listings in the red compared to a year ago. But in March there was a pleasant rebound. 67 New Listings for Pagosa Springs. 34% more than a year ago. But even with the increased inventory, everything quickly went under contract. And overall, active listings were down 74% from a year ago. And it’s causing more buyers to jump into land which has nearly doubled in price in some areas.

It’s brutal time for buyers right now. No question. Every home that comes on the market, as long as it’s priced right and it’s in decent condition…is getting multiple offers. And it’s caused the median price of a home rose to 675 thousand this past month. A gain of 36% from a year ago. And that’s the important number to focus on. Median Price since average can fluctuate widely depending on 6.75 Million dollar sales.

Now where we go from here is still uncertain. You can see from prior years that there is a rebound in new listings this time of year. And May and June are the biggest months of the year. Typically we see over a 100 Listings in May alone.

But starting in 2017, that number fell to the mid 90’s. It quickly rebounded in 2019. But then the pandemic hit and it returned to the low 90’s. And the overall trend in inventory has been down ever since compared to previous years.

How to Increase Inventory

In order for pricing to stop rising 36 percent a year, we need a few things to occur.

One…a lot more construction. And I mean a lot more. And two…more sellers willing to put their home on the market. It’s absolutely key to get new listings into the 120’s this summer. 2014 had the most ever at 146 New listings. If that can happen this summer, then just maybe prices will start to even out a bit.

But don’t count on that.

Remember, we have a town council that just put the kabosh on future short term rentals within town limits. Which lowers the incentive for current STR owners to sell now that all their future competition has been effectively eliminated. And rumor has it Archuleta County may attempt to enact the same policies in May. More on that in a future video…

But one only has to look to our west to see what could happen to Pagosa Springs. And the market is even crazier over there.

The Market in Durango

[ Inconceivable Clip from "The Princess Bride" ]

What comes to mind is those who thought short term rentals were the cause of our price increases. But that turned out to be absolutely wrong. Durango put in a very low density cap for STR’s in 2014. And yet, here we are. With Durango outpacing our price gains even though they haven’t allowed new STR’s for years now.

The truth is that STR’s don’t have nearly the effect on pricing that opponents claim they do. In fact, researchers have found that a 1% increase in Airbnb listings only results in a 0.026% increase in prices. Now it may be a little more in mountain towns, but overall it’s pretty minimal when you look at the cold hard data. People want to live and own here regardless of whether they can rent out their place short term. And Durango is a perfect example that proves this.

Now there’s a saying that Pagosa is only 6 months to a year behind Durango in terms of flow. If Durango has more listings, so will Pagosa over the next year. But maybe this also applies to prices. Take a look at this chart. In March 2021, Durango’s median price for a home is almost exactly where Pagosa Springs stands today.

So what do you think is going to happen a year from now? Could Pagosa Springs legitimately have an average price of a Million Dollars?

We’ll have to wait and see. I’m of the opinion that as the nation goes, so will Pagosa Springs. If the housing market cools off, so will Pagosa. And there are signs that the Feds are seeing that may cool off this market.

But this is absolutely important here…cooling off doesn’t mean a crash. It just means a return to normal. Gone are the double digit prices gains. And back are single digit gains without the bidding wars. And the reason the market won’t crash is because the fundamentals of the lending industry are still very solid. This is nothing like 2008.

Overall, I do think we will return to a normal market with a healthy 4% to 7% gain in 2023. But for 2022, we’re still looking at double digit gains. How high that goes all depends on how many folks decide to put their homes on the market.

And if you are thinking about selling…I know a guy!

Or actually a team. With Team M-Squared, you get two agents working for you instead of just one. We actively invest our own money into marketing your property through unique marketing methods that work so well that we guarantee you more exposure than anyone else. And we have the data to back it up.

Alright, let’s quickly recap where we’re at in this crazy market.

Our current median price in Pagosa Springs for all properties - which excludes land -  is 604 thousand, 37% higher than a year ago. For houses, its 673 thousand, 21% higher. Our average growth per year for the past three years has been about 20% a year for houses.

The rolling three month average price for a home is 837 thousand, 33% higher than a year ago.

Active listings are slightly starting to bounce back at 67. But still 74% lower than a year ago.

Sold properties were down 30% at only 43…again, due to low inventory.

There are signs of sellers over pricing their properties as sellers are now only getting 98.4% of their list price. From May 2021 till September 2021, they were getting 100%. So we’ll see if that occurs again this summer.

And in general, it’s only taking 5 showings to reach a contract. Which pretty much occurs all in two days with multiple bids.

As always, it’s been a pleasure guiding you through this tricky market. Don’t hesitate to schedule a meeting to see how we can help you get top dollar for your property. If this is your first experience with This is Pagosa, be sure to check out some of our more fun videos…here and here.